A decade ago I became a Mama times three.

Less than 5 years before that, I had become a Mama for the first time.

Fifteen years ago and one week ago, the world was my oyster. I was in control of my destiny; able to do whatever I put my mind to doing. I still had a mind, probably because could sleep in and recharge by binge watching Netflix (which had just come out and was still on disk, so really was not a thing yet, but binge watch cable does not have the same ring anymore. We still did that though, marathons of Law & Order. dun dun).

For some reason, I was not content with this life. I wanted desperately to become a mom. The God of the Universe loves me so much that my wish was granted after what seemed like a million prayers and months of practice, just when I had given up on the whole thing. In April of 2002, I brought home the most beautiful cone headed baby in the entire world, who proceeded to cry for the next 9 months straight. Sometimes the answers to our prayers…

One child allowed me to think I could control certain things (really, I thought I could control everything once we mastered colic. Colic was the one thing that made me want to quit motherhood). Because I could read books and then apply all the theories from those books, I felt like motherhood was research and research was doable. I could identify the problem, find a solution, put that solution in place and my little one fell in line. My youthful energy made it all possible and life was good.

All this fact-finding turned me into “advice giving” Mama. I was so very helpful to everyone else around me because I had all the answers from my analysis and vast experience as a mother of a one whole year.

In response to that, the God of the Universe gave me my second child. My second child didn’t care what was in the books, what the theories said, or how willful I thought I might be in exercising those theories, AND he had more energy than me. Life could get a little rocky as he tested every boundry. 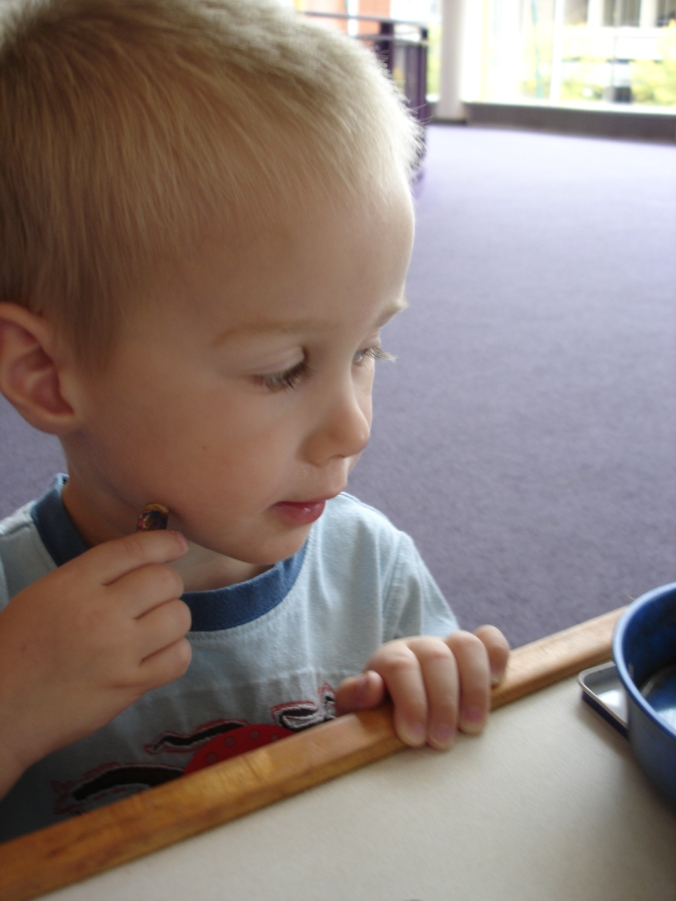 But I was bigger and stronger than him.

I was still in control.

I would not ever admit that I could not handle this tiny creature.

I did not ask for help.

I stuck to the plan no matter what.

So, the God of the Universe decided I needed a lesson in humility. On the eve of my husband’s vasectomy, just after we had brought home the most adorable little puppy and I sold all the baby stuff in a garage sale, I got pregnant AGAIN.

My sister refused to even stand next to my husband anymore for fear his virility was so potent that she too would end up with three kids.

I was not thrilled about this pregnancy. This was NOT part of the plan. This was NOT what we do. This did not feel like control and I was not prepared for life off plan.

Because I was 32, the doctors told me I was now an “old” mother. If I wasn’t thrilled before, being called “old” totally helped me feel good…NOT AT ALL. All these well wishing people would describe my pregnancy as a blessing. It felt like a curse, or an embarrassment. How could I have let this happen, unplanned? So not like me.

I felt this way until the doctors thought there was something wrong with the baby and ordered extra tests. What is it about loosing something you didn’t think you wanted to make its value so clear? The blessings were crystallized as I found out my baby was a girl and she was fine. I still felt scared. I still felt out of control. But, I felt like I had to do this for this baby girl I had seen and felt like I knew a little more. This wasn’t just a pregnancy now. This was my baby.

The funny thing about the God of the Universe is we always get what we need. And this baby cost me all the control I had left. She turned my life into complete chaos. I couldn’t plan more than 5 minutes ahead of where I was in any particular moment. I had to stop trying to control every aspect of my kid’s lives and ask myself what the real end goal was for these three kids of mine. If there wasn’t time to do it all, I had to get to the very essence of what my goals were for these three little ones.

I decided the goal is to raise well-adjusted adults. To me that meant…

kids who grow into kind and generous adults, who leave the world a better place than they found it

kids who know that they are enough just the way they are, not just because they control everything or know everything or do it all themselves

As I started trying to figure out how to raise these kids, I started by reading books. I went back to old habits and started trying to push these new theories onto my three little ones. But, as I did this the biggest blessing of my third pregnancy manifested.

The ultimate blessing of becoming a mama times three was I had finally figured out the type of adult I wanted needed to become. What I hadn’t realize before three kids was I needed to be an example of the type of adult I wanted them to grow into. It seems so obvious, yet somehow I thought I could make them into something better than I was by controlling them. Yet, being an example for them to follow is so much more powerful.

So, I got to work on myself instead of my kids. I learned to go with the flow when things go off plan. I learned to do my best, but have grace enough to realize that sometimes good enough is all that’s required. I began to give empathy instead of advice. I started to listen more than speak. But maybe most important, I learned to admit when I’ve made mistakes; because sometimes, your “mistakes” are the biggest blessings of all.

A decade later, our baby girl turns 10 and our family could not be more complete. 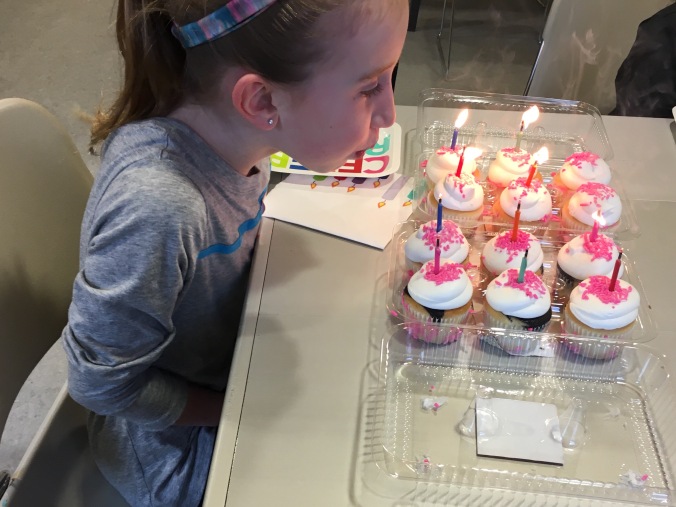