Parenting failures are never easy to take. But, December? The pressure mounts in December. You must be dazzling in December.

December is the month where I feel like a parenting failure the most.  Yep, we can redress the whole topic a million different ways to make me feel better about myself, but in the end, our culture is not set up to favor parenting wins this time of year.  December is just not where I am my best self. 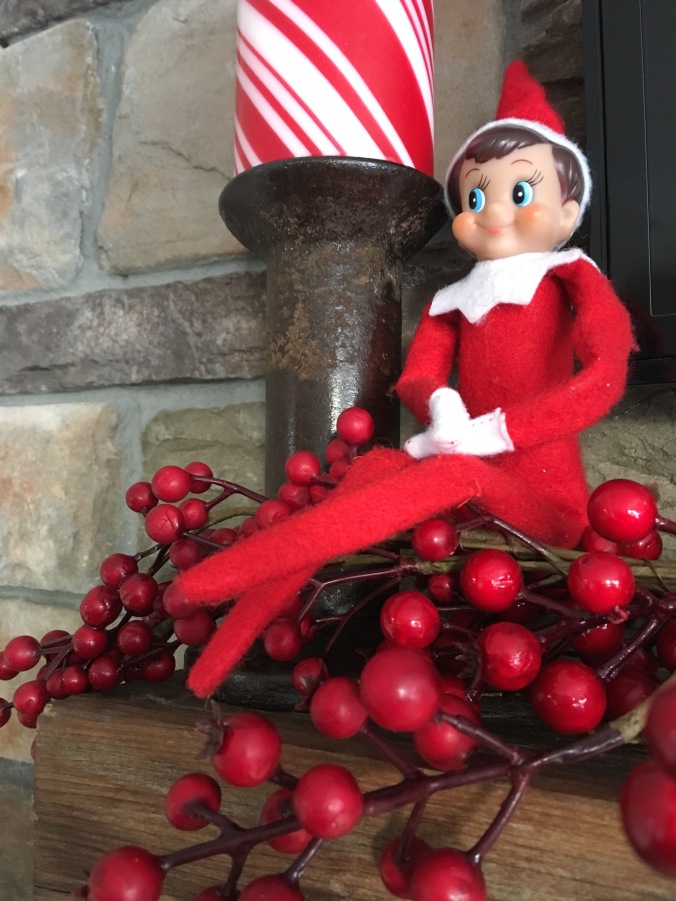 Elf on the shelf. Too much has been written about the Elf on the shelf. But, I can hardly address the issue of parenting failures/wins in December without talking about the Elf on the Shelf.  Some over achieve with their Elf, really have fun with it.  Good for them!  Most of us, it is just another thing on a to long “to do” list.  We are the ones who wake in a cold sweat at 4 am because we forgot to move the darn thing and then call that our cardio work out for the day.

Our Elf arrived at our house 100 million years ago, before Elf was its own Pinterest category, heck before Pinterest. Back when you needed a secret password and handshake to get one at the one store you were lucky enough to find one.   Back when they were kept in the back for people in the know (or so kids wouldn’t find out about them, whatever, I like to feel cool).

It was a brisk December day, just after my niece and nephew visited the real Santa at the North Pole in Finland, when our Elf landed.  Did you know that is where the real North Pole is, in Finland? And you can visit Santa there? Santa, I know him.

The story I told my boys, 4 and 2 at the time, was their cousins summoned this Elf for us. He arrived on the doorstep unannounced on this particular December day. We found him in his box waiting for us. We read the book. We gave him the name Rover and that gave him his magic.  Upon a shelf he was placed to watch over us, until he would fly back to the North Pole each night. He has returned to only shelves every since.

My daughter asked once in about 2015, when Elf hysteria reached its peak, why our Elf never did anything but sit. I told her it was because he was a real Elf, not one of these ones people purchase from Target. Our Elf came from the North Pole after her cousins had been there.  She wasn’t born yet when our Elf arrived.  Or maybe she was a baby.  I don’t know that whole period is sort of a blur.  So, here I felt it necessary to give her a history lesson of our Elf (I lied about a stuffed animal being real while shaming other parents, winning at life).

Our Elf is a good Elf. He followed us through our two moves in 2012. His only naughty streak has come recently, when he forgot to follow after this last move.

Where did we put that Elf? Does anyone really believe anymore? How long do I have to put up with this whole thing?

The kids began asking questions about the Elf before Thanksgiving (one question). By December 1, there was full on panic mode (mostly mine, because I felt like a failure because a second question had been asked) when Rover is still not sitting on any shelves. Todd and I decided we better find the darn thing, or buy a new one (I decided). Todd loves spending money on stuff that we already own. It’s his favorite (not at all).

In the middle of all this, I got the flu with fever, chills, the whole nine yards. I lay on the couch for 4 days trying hard not to move, wrapped in as many blankets as I could find, still shivering. I binge watched Netflix because I couldn’t focus on words on a page. In the middle of episode 4 of The Crown, my daughter lost a tooth. Of course she is on the couch watching with me. (Speaking of parenting fails, she is 10 and watching The Crown, poor third children of this world)

“Really?” I try to feign excitement, but then I remember I am sick and just say, “You know I don’t do teeth.”

“Um, I am just going to throw this one away.”

I Dora the Explorer blink at her, long staring blinks. “I’m sorry.”

Was that just our tooth fairy talk? I am pretty sure with my oldest, I took him out for a special meal and prepared a speech to be sure not to crush his delicate soul. With number 2, I had number 1 tell him after I prepped him with “are you sure you want to know, you will stop getting money if you don’t believe.” Now this? All I can say is “Toss it.”

Todd felt so bad about my failures, he found the Elf and put money under her pillow. Thank God we parent as a team.

As the oldest sat at breakfast I yell, “Shit, Dad forgot to move the Elf.”

I walk over, pick the Elf off the mantle and move it to a glass front kitchen cupboard.

The oldest says “Nice language mom. And for the record, I miss the days when you at least pretended this stuff was real.”

Still winning at this parenting thing.